About the Czech Republic (Czechia) and the City of České Budějovice

Watch any of the short videos on YT channel Visit Czech Republic. You can also download an information brochure The Czech Republic at a Glance (available in several language mutations) published by the Ministry of the Foreign Affairs.

For example on YT channel DreamPrague you can watch an LA-born expat's videos on long-time living in the Czech Republic. Even though she lives in Prague, most of the things she is talking about applies to České Budějovice as well.

České Budějovice is the largest town and the political and commercial capital of the South Bohemian Region, with about 94 thousand inhabitants. As well as in the rest of the Czech Republic, the town is abundant in beautiful architecture buildings from gothic, renaissance, baroque and other periods. As the town landmark is considered the square shaped Ottokar II Square, surrounded by enchanting old town area near the Vltava river. Besides rich culture, the town may also offer nightlife, sport and leisure opportunities.

The cost of living in the Czech Republic is much lower than in the old EU member states and you will be able to live comfortably without spending large sums. For you to get a general idea, go on numbeo.com or studyin.cz (for students). Expenses in České Budějovice are noticeably lower than in Prague; on the other hand, prices are in accord with usual income, which is also lower. To get a picture, see https://www.numbeo.com/cost-of-living/in/Ceske-Budejovice.

If you travel to CB through Prague and you need to exchange some money there, please see a video on scam exchange places by Honest Guide first to avoid a scam. Although the scam situation has improved lately and many scam exchange places in Prague has been closed (watch the follow-up videos), always be aware of oddly favourable rates. Vast majority of services are fair to everyone, including foreigners, but there is always an exception which gives a bad name to the whole profession.

According to the 2019 Global Peace Index, the Czech Republic is the tenth safest country in the world and sixth in the Europe. České Budějovice is safe to move in and there are no specific threads you should be afraid of. As everywhere, just watch your belongings, especially in crowded places like public transport or malls and do not let them unguarded.

The country lies in a temperate zone with Central-European moderate and transitional climate. The course of the year is characterized by alternating of four seasons. Summers are mild and sunny with shorter hotter spells and winters are cold, murky and dry. There have been recorded temperatures of 35 °C in summer and -20 °C in winter, but these extremes are rather rare. The average figures of daytime air temperature are 20 to 25 °C for summer and 0 °C for winter.

Hot weather with occasional heat waves, sudden showers and thunderstorms occurs mostly in July and August. The coldest months with temperatures below zero, snow and ice are January and February. Rain is more frequent in spring and fall. More precipitations and lower temperatures are always expected in mountains because the weather differs according to the location and elevation causing significant temperature variances.

In bigger towns the snow does not last very long and usually turns into dirty slush. However, at higher altitudes which are relatively well approachable, the snow offers an opportunity to skiing or sledging. Summers are very pleasant and ideal for swimming in rivers, ponds and reservoirs and then chilling outside with friends, drinks and food in the evening. In our country, you can simply take advantage of both summer and winter activities.

Czechs are viewed as rather cold and unapproachable at first (they are not “American-style friendly” or “South-European-style passionate”), but as they get to know you, they turn into very amiable and helping people. You can start a conversation with a Czech greeting, it will be a pleasant surprise for them. It is known that Czech language is difficult and not popular, so it does not really matter how good your Czech language is, we simply appreciate even the slightest effort. Czechs are expected to speak German because of the country’s history and the vicinity of two German speaking countries, hence the fact that someone else tries to speak Czech language for a change is very refreshing.

The language barrier is strong particularly with older people. English language came here at the end of 20th century, so the millennials are very likely to speak it and they are also more open to people of different nationalities. Older people’s suspicion of strangers is probably caused mainly by our history – we had always been under someone’s domination. In connection with that, we have authority issues and always try to get around any rules.

The elderly people often understand Russian, but rarely can or want to speak it. In South Bohemia, there is a high chance of encountering German speakers, as both neighbouring countries are German speaking. You can seldom meet Spanish speaking people, especially among the younger ones.

Czech people tend to be sarcastic and they seem to be always unsatisfied, even though they are in fact well. They like to complain about many things without trying to change them. And in a pub after eight p.m., all of a sudden everyone is the most educated and sophisticated politician, doctor or businessman who ever walked the earth. But the reservedness and humour also gives us an ability to stay on top of things and to not make a big deal of everything. :-)

Here you can get some info about Czech language.

Czech formal language greeting at the beginning of a conversation is “dobrý den” (“good day”) and “na shledanou” (”goodbye”) at the end. You are expected to use it with people you do not know or do not have professional relationship with. “Ahoj” (suitable for both start and end of a conversation) is also a form of greeting, but you use it only in informal and casual conversations with your family, friends and other close ones or small children. Which means, we differentiate between “vykání” (impersonal and formal variations of expressions) and “tykání” (intimate or friendly variations of expressions). This inner division is typical of many other languages. Our usual gesture greeting is a right-hand handshake.

“Děkuji” means “thank you” and “prosím” is “please” or “after you” if said when letting someone first in the door. “Nemáte (nemáš) zač” means “you are welcome”.

The Czech Republic counts among West-European countries and is a representative democracy. Women are considered to be independent of men and to have the same rights and duties. They may visit public places alone and without any permission and wear anything they like. In addition, they enjoy – as well as elderly people – certain priority in the terms of social etiquette (you should hold the door for them and let them go first, vacate the seat for them to sit etc.).

Young people become legally adults at 18 years of age. At the age of 15 they obtain only partial legal responsibility (they get their own ID, may drive certain types of motor vehicles etc.). It is not unusual that they stay with their parents during whole studies, in countryside this dependence lasts even after getting a job and starting their own family. Matrimony is not considered as a necessity anymore and young couples in towns often live together and have kids without being married.

Currently, there is a problem with low pensions, as the population average age grows, and older people frequently are forced to search for discounts and live with no financial backup.

Czech love for beer is internationally well-known. There is a long historical tradition of brewing in Czech lands and we surely know how to make a good beer, also nicknamed "liquid beer". Among the most popular brands belong Pilsner Urquell, Budweiser Budvar (in the USA sold as Czechvar, not Budweiser, because of a wrangle over the trademark), Kozel and many other local breweries. 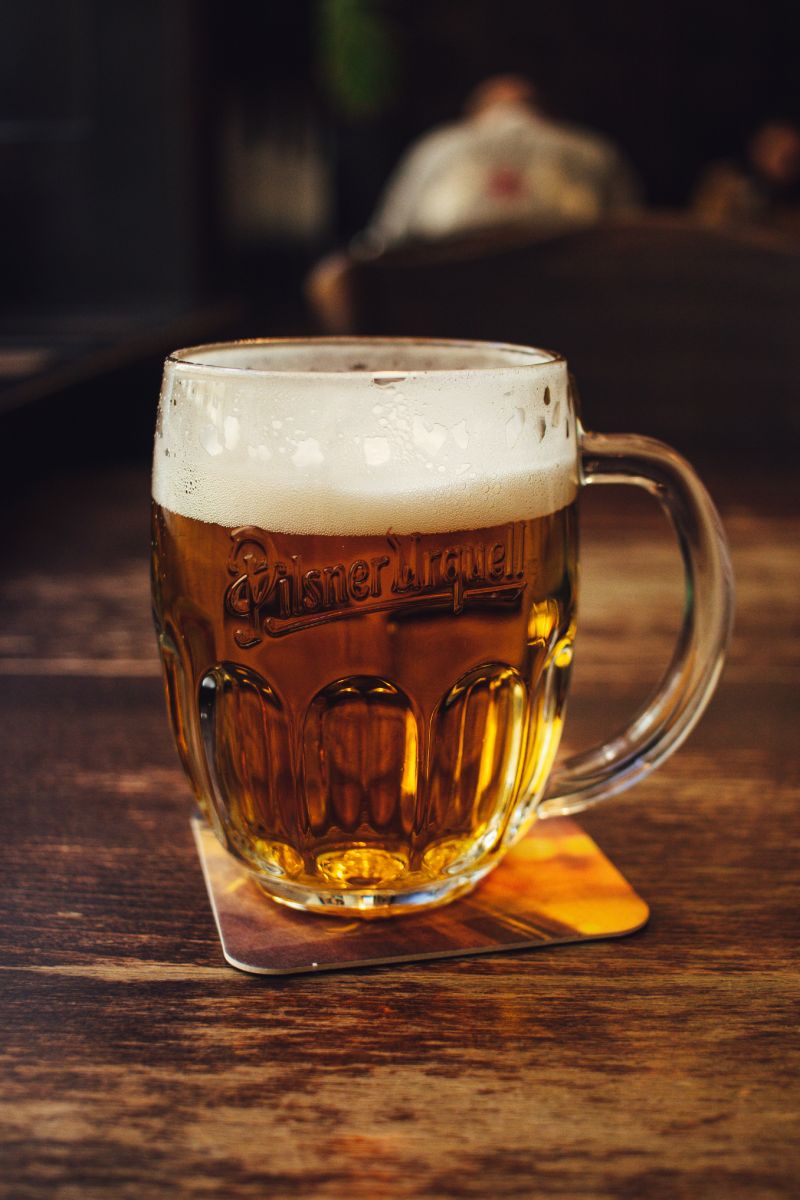 Do you have any useful tip, recommendation or experience, which you'd like to share to help others? Or any comment on information on this page? Let us know.