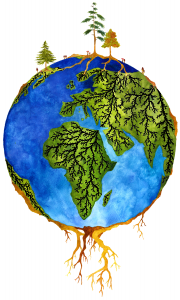 Data collected from over 1 million forest plots reveals patterns of where plant roots form symbiotic relationships with fungi and bacteria. In its current issue, the prestigious journal Nature has published an extensive study of more than two hundred scientists from around the world. The work was led by researchers from Stanford University, where scientists from the Czech Academy of Sciences (Biology Centre of the CAS and the Institute of Global Change Research of the CASciences - CzechGlobe) and the Czech University of Agriculture participated. 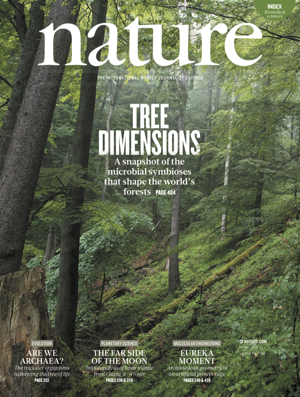 In and around the tangled roots of the forest floor, fungi and bacteria grow with trees, exchanging nutrients for carbon in a vast, global marketplace. A new effort to map the most abundant of these symbiotic relationships – involving more than 1.1 million forest sites and 28,000 tree species – has revealed factors that determine where different types of symbionts will flourish. The work could help scientists understand how symbiotic partnerships structure the world’s forests and how they could be affected by a warming climate.

Stanford University researchers worked alongside a team of over 200 scientists to generate these maps, published May 16 in Nature. From the work, they revealed a new biological rule, which the team named Read’s Rule after pioneer in symbiosis research Sir David Read.

In one example of how they could apply this research, the group used their map to predict how symbioses might change by 2070 if carbon emissions continue unabated. This scenario resulted in a 10 percent reduction in the biomass of tree species that associate with a type of fungi found primarily in cooler regions. The researchers cautioned that such a loss could lead to more carbon in the atmosphere because these fungi tend to increase the amount of carbon stored in soil. “There’s only so many different symbiotic types and we’re showing that they obey clear rules,” said Brian Steidinger, a postdoctoral researcher at Stanford and lead author of the paper. “Our models predict massive changes to the symbiotic state of the world’s forests – changes that could affect the kind of climate your grandchildren are going to live in.”

"The results of this study are important, as understanding how trees interact with other species and how this changes across current climatic gradients allows us to better predict the impacts of future climate change," said Tom Fayle (at the left picture), a tropical ecologist at the Biology Centre CAS, who participated on the study within the Global Forest Biodiversity Initiative by collating some open access tree distribution data from the literature.

Hidden to most observers, these inter-kingdom collaborations between microbes and trees are highly diverse. The researchers focused on mapping three of the most common types of symbioses: arbuscular mycorrhizal fungi, ectomycorrhizal fungi and nitrogen-fixing bacteria. Each of these types encompasses thousands of species of fungi or bacteria that form unique partnerships with different tree species.

Three maps bellow show the distribution of trees likely to associate with the three major types of symbiotic bacteria or fungi. (Image by Brian Steidinger). 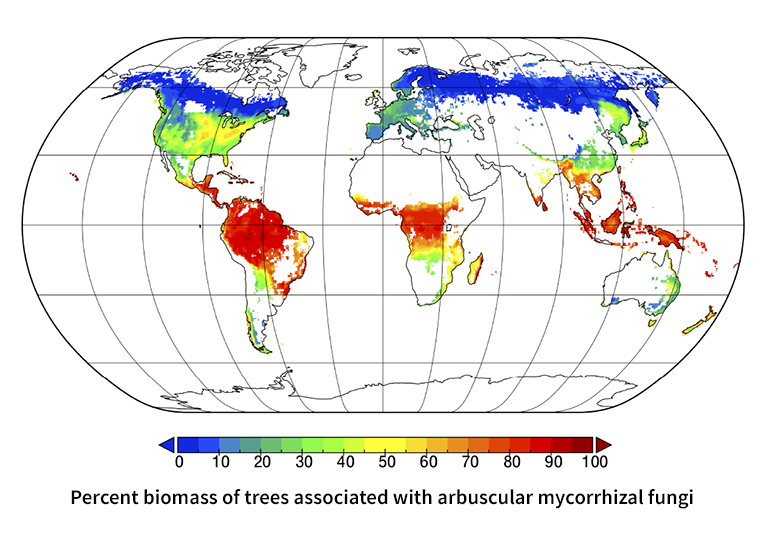 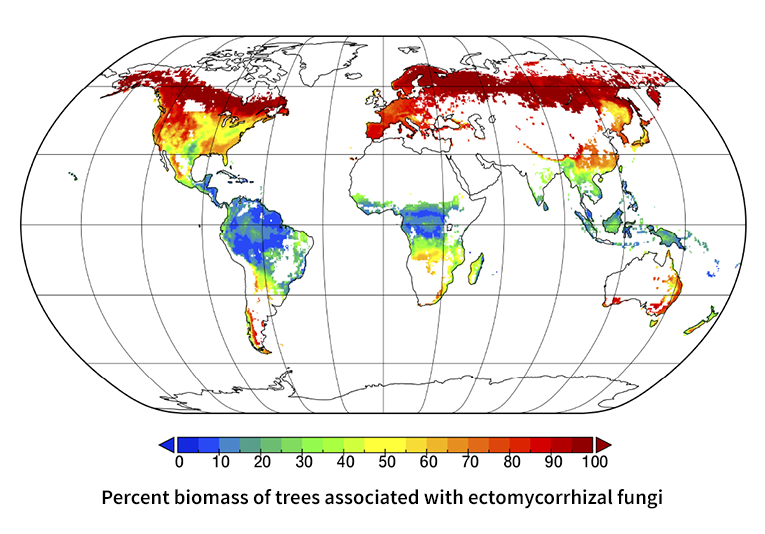 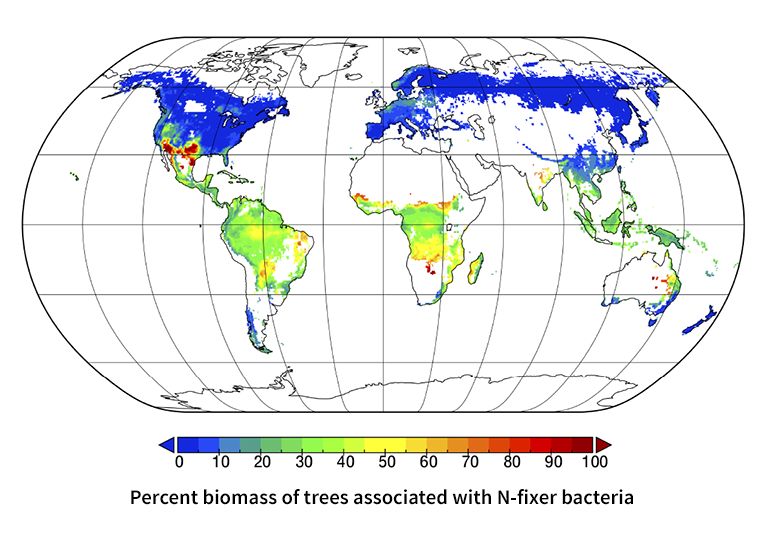 Thirty years ago, Read drew maps by hand of where he thought different symbiotic fungi might reside, based on the nutrients they provide. Ectomycorrhizal fungi feed trees nitrogen directly from organic matter – like decaying leaves – so, he proposed, they would be more successful in cooler places where decomposition is slow and leaf litter is abundant. In contrast, he thought arbuscular mycorrhizal fungi would dominate in the tropics where tree growth is limited by soil phosphorous. Research by others has added that nitrogen-fixing bacteria seem to grow poorly in cool temperatures.

Testing Read’s ideas had to wait, however, because proof required gathering data from large numbers of trees in diverse parts of the globe. That information became available with the Global Forest Biodiversity Initiative (GFBI), which surveyed forests, woodlands and savannas from every continent (except Antarctica) and ecosystem on Earth.

The team fed the location of 31 million trees from that database along with information about what symbiotic fungi or bacteria most often associates with those species into a learning algorithm that determined how different variables such as climate, soil chemistry, vegetation and topography seem to influence the prevalence of each symbiosis. From this, they found that nitrogen-fixing bacteria are probably limited by temperature and soil acidity, whereas the two types of fungal symbioses are heavily influenced by variables that affect decomposition rates – the rate at which organic matter breaks down in the environment – such as temperature and moisture.

“These are incredibly strong global patterns, as striking as other fundamental global biodiversity patterns out there,” said Kabir Peay, assistant professor of biology in the School of Humanities and Sciences and senior author of the study. “But before this hard data, knowledge of these patterns was limited to experts in mycorrhizal or nitrogen-fixer ecology, even though it is important to a wide range of ecologists, evolutionary biologists and earth scientists.”

This feedback loop may help explain why the researchers saw the 10 percent reduction in ectomycorrhizal fungi when they simulated what would happen if carbon emissions continued unabated to 2070. Warming temperatures could force ectomycorrhizal fungi over a climatic tipping point, beyond the range of environments they can alter to their liking.

The data behind this map represents real trees from more than 70 countries and collaboration, led by Jingjing Liang of Purdue University and Tom Crowther of ETH Zürich, between hundreds of researchers who speak different languages, study different ecosystems and confront different challenges.

“There are more than 1.1 million forest plots in the dataset and every one of those was measured by a person on the ground. In many cases, as part of these measurements, they essentially gave the tree a hug,” said Steidinger. “So much effort – hikes, sweat, ticks, long days – is in that map.”

The maps from this study will be made freely available, in hopes of helping other scientists include tree symbionts in their work. In the future, the researchers intend to expand their work beyond forests and to continue trying to understand how climate change affects ecosystems. 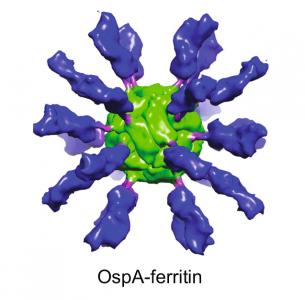 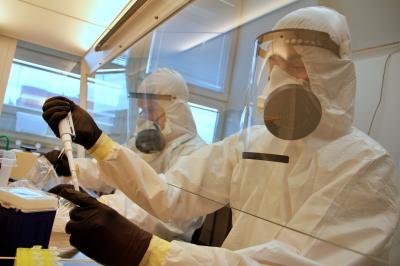 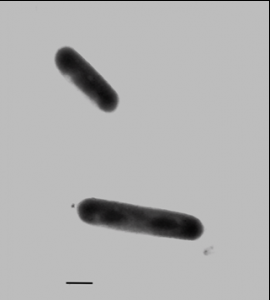 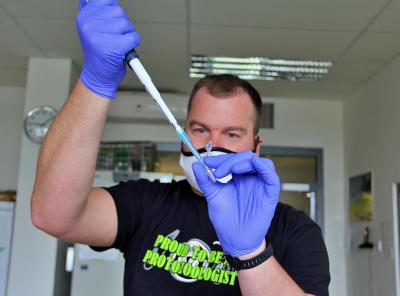