If we want to find the Achilles heel of parasites, we sometimes have to delve deep into their evolutionary history. Evolutionary biologist Miroslav Oborník from the Biological Center of the Czech Academy of Sciences specializes in the evolution of apicomplexans, dangerous parasites of animals, including humans. Among them, we can find the causative agents of malaria, toxoplasmosis, babesiosis (a tick-borne disease) or cryptosporidiosis (diarrheal disease, especially in patients with reduced immunity).

These parasites contain a non-photosynthetic plastid called the apicoplast in their cells, a remnant of a cellular organelle that was originally used for photosynthesis. The presence of the apicoplast in parasites actually tells us that apicomplexan ancestors had been obtaining energy from the light like plants, and apicomplexans are, in fact, modified algae. It is the apicoplast that can be a sought-after weakness of apicomplexans because it contains metabolic pathways essential for the parasite survival. Since such metabolic routes are absent from humans and other animals, drugs targeting them should not be harmful to the animal host.

It was shown that chromerid algae Chromera velia and Vitrella brassicaformis isolated from Australian stony corals represent the closest known phototropic relatives to apicomplexan parasites. But how the evolutionary transition from a free-living alga into deadly parasites has occurred remains elusive. The previous theory has assumed that Chromera lives as a beneficial symbiont (mutualist) within corals, similar to the dinoflagellate Symbiodinium (zooxanthellae), and apicomplexan parasites evolved from such a beneficial symbiont. Recent scientific results, however, suggest that Chromera very likely does not live inside adult corals, but infects their larvae, where it may even live under certain conditions as a parasite. In an unusual way, it combines a phototrophic and parasitic lifestyle. It is a life strategy common to terrestrial parasitic plants, but relatively rare in protists and algae.

„I believe that parasitic apicomplexans evolved from a photoparasitic ancestor, one that was not a beneficial symbiont, but, like Chromera, combined phototrophic and parasitic lifestyles,“ said Miroslav Oborník, author of an article published in the journal Trends in Parasitology. „I suppose, unlike Chromera, which lives inside the cells of coral larvae, the ancestor of apicomplexan parasites did not enter the host cell, but only  penetrated its surface and remained outside the cell as an extracellular parasite. This is common for the evolutionary oldest parasitic apicomplexans, such as gregarines, the parasites of insects and worms, and cryptosporidia, invading the digestive tract of vertebrates, including humans,“ explains Miroslav Oborník.

The article shows analogies in ectoparasitic dinoflagellates of the genus Piscinodinium, photoparasites living on the surface of fish, and dinoflagellates of the genus Blastodinum, attacking the intestine of small marine copepods, but retaining photosynthesis due to the translucent body of the host. The proposed hypothesis opens new possibilities in understanding the evolution of parasitism in apicomplexans.

Oborník M. 2020: Photoparasitism as an intermediate state in the evolution of apicomplexan parasites. Trends in Parasitology (in press). [IF=6.918] 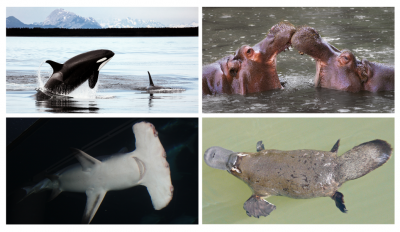 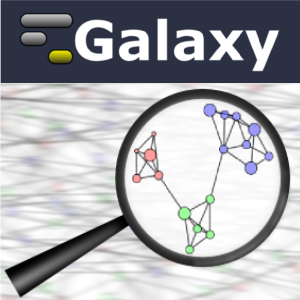 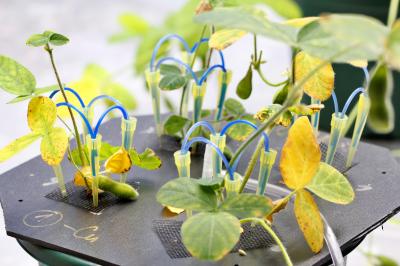