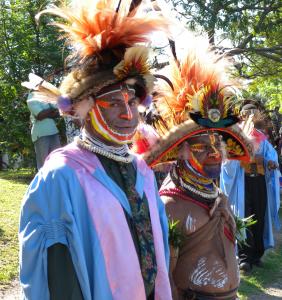 Around the world, more than 7,000 languages are spoken, most of them by small populations of speakers in the tropics. Papua New Guinea (PNG), where nine million people speak 850 languages, is the most linguistically diverse place on Earth. Alfred Kik, a Papua New Guinea postgraduate student at the University of South Bohemia and the Biology Centre of the Czech Academy of Sciences tested, with his collaborators, over 6,000 secondary school students from PNG speaking 392 languages. He found an unexpectedly rapid decline in their language skills. Only 58% of the students, compared to 91% of their parents, were fluent in indigenous languages.

Image above: Traditions alive - a student graduating from the School of Medicine of the University of Papua New Guinea with his father, both in their traditional attire. (all images credit: New Guinea Binatang Research Center)

Tok Pisin, an English-based creole language serving as the PNG’s lingua franca, and English, the language of formal education, are replacing indigenous languages. This process is driven by increasing share of mixed-language families, where each parent speaks a different indigenous language, as well as life-style changes, particularly urbanization. Declining language fluency is accompanied by the loss of traditional skills including hunting, fishing, growing staple crops, house building from forest materials, and medicinal use of plants. The gradual loss of languages also leads to declining traditional knowledge of rainforest plants and animals, including birds, on which the study was focused. 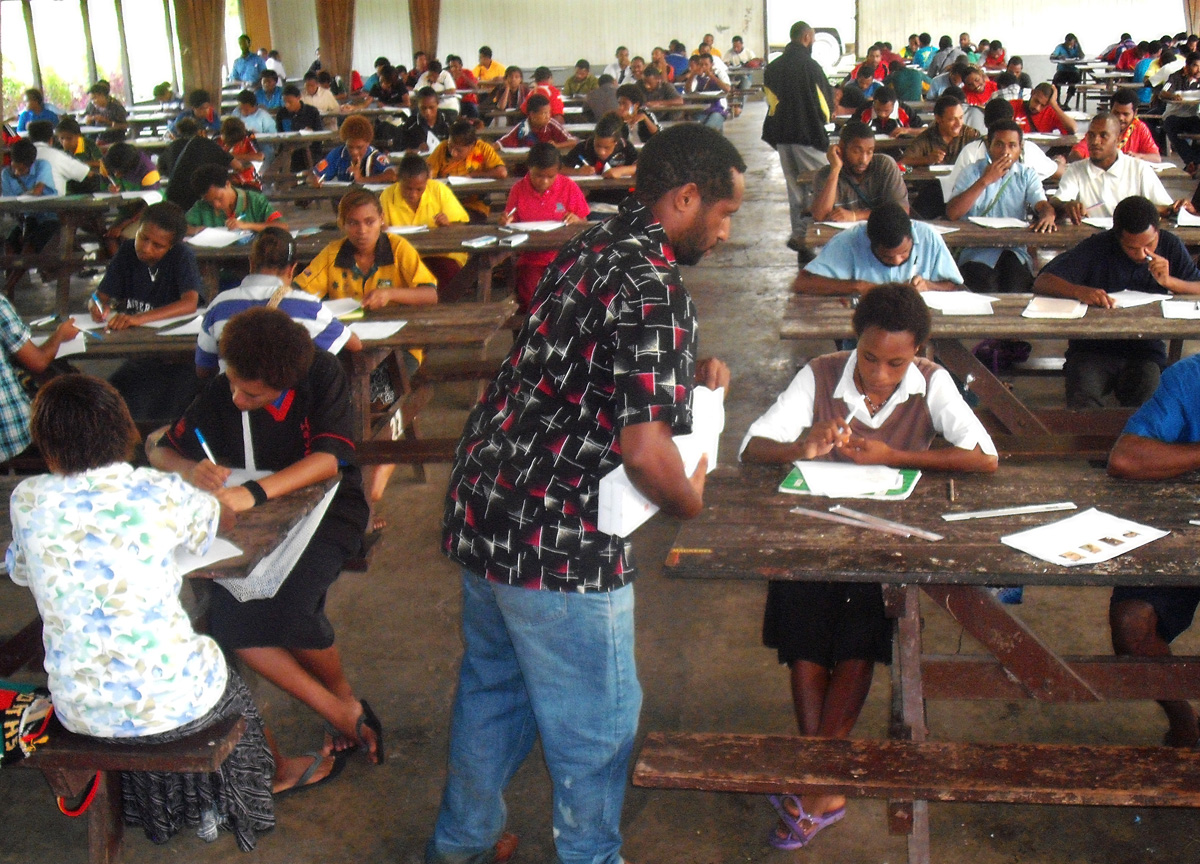 The surveys in 30 secondary schools showed how these schools concentrate extraordinary language diversity. As an extreme example, 381 students at the Lae Secondary School spoke 126 different languages. Only one third of students speak the same indigenous language as their best friend at school, suggesting that friendships are formed with low regard to the students’ language identity. This trend may also lead to further increase in mixed-language families in the future, accelerating the loss of languages. 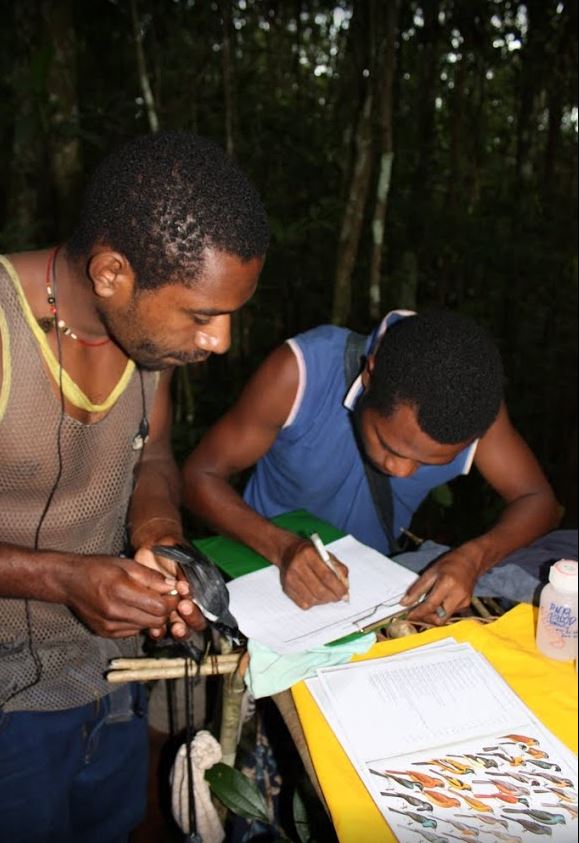 When two Papua New Guineans meet at random, they speak the same indigenous language in only one out of 100 such encounters, making these languages too localized to be practical for wider communication. However, a large majority (88%) of students want to teach indigenous languages to their children, appreciating their cultural significance rather than practicality. While crucial for keeping languages alive, this intention faces powerful external pressures as key factors (education, cash economy, road networks, urbanization) associated with language decline are valued in contemporary society, in PNG and elsewhere. 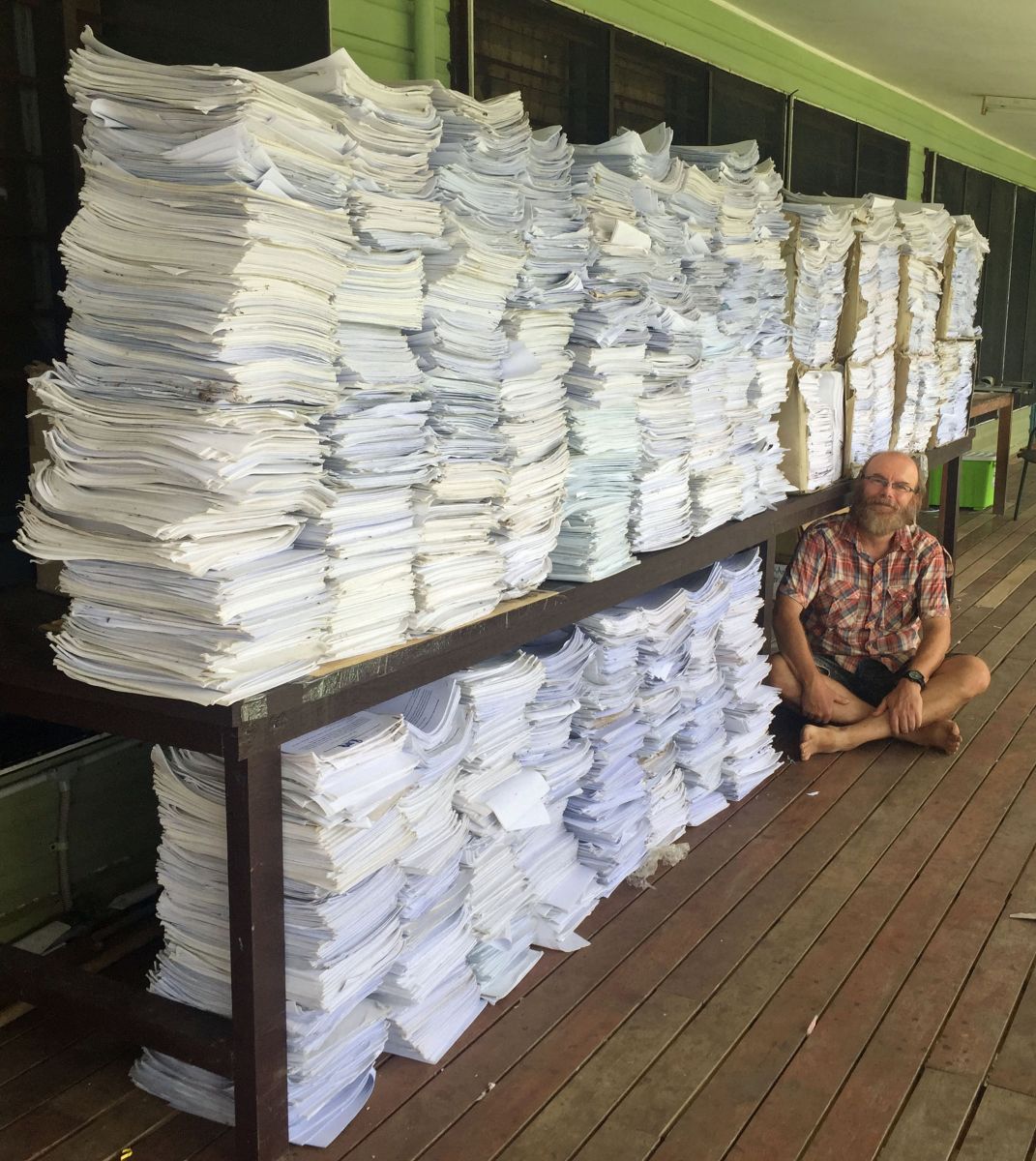 Completed questionnaires awaiting databasing, with Vojtech Novotny, the senior author of the study.