How many ants live in the world? And are all the ants as heavy as the humankind? 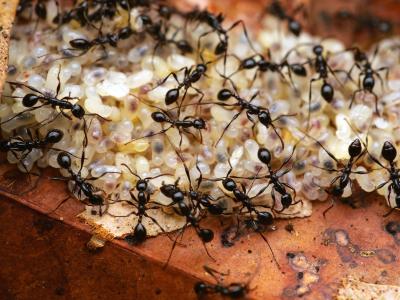 A recent study in the prestigious American journal PNAS by Schultheiss and colleagues has refined estimates of how many ants live in the world and how much they weigh. It estimated that they are approximately 2.5 million worker ants for every human, and all of the ants in the world weigh as much as a fifth of the human population on Earth. The study was followed up by a comment in the same journal by researchers Tom Fayle and Petr Klimeš from the Biology Centre of the Czech Academy of Sciences (BC CAS), who introduced how estimates of the abundance and biomass (carbon weight) of ants have changed over time, and pointed out that we still do not know the abundance of insects as a whole. Ants are thus one of the few invertebrates for which new research has made such estimates possible. However, according to Fayle and Klimeš, we still have to wait for more accurate numbers, and it is likely that ant numbers and biomass are even larger.

The decline of insects is one of the big problems of today, but how many individuals of insects share our planet with us is still unknown. Most of the claims are based on a very rough estimate, according to which the global insect population is 1018 individuals, but the reliability of this estimate cannot yet be empirically verified. Nevertheless, the question remained of whether we can refine our abundance estimates for at least some groups of insects. Ants - a socially living and ecologically significant group - belong to the most prominent representatives of insects with large populations. And it was this group of insects who were made famous by biologist Edward O. Wilson, who compared their weight to the weight of all the humans. However, this consideration, like all previous studies, was based on the rough estimate of the total number of insects. Schultheiss et al. for the first time based their calculations on actual measured numbers of ant workers in leaf-litter, collected from hundreds of studies from most habitats of the world. This most recent work estimated the total population of worker ants at 2 × 1016 (20 quadrillion), equivalent to 20% of current human biomass (Graph). 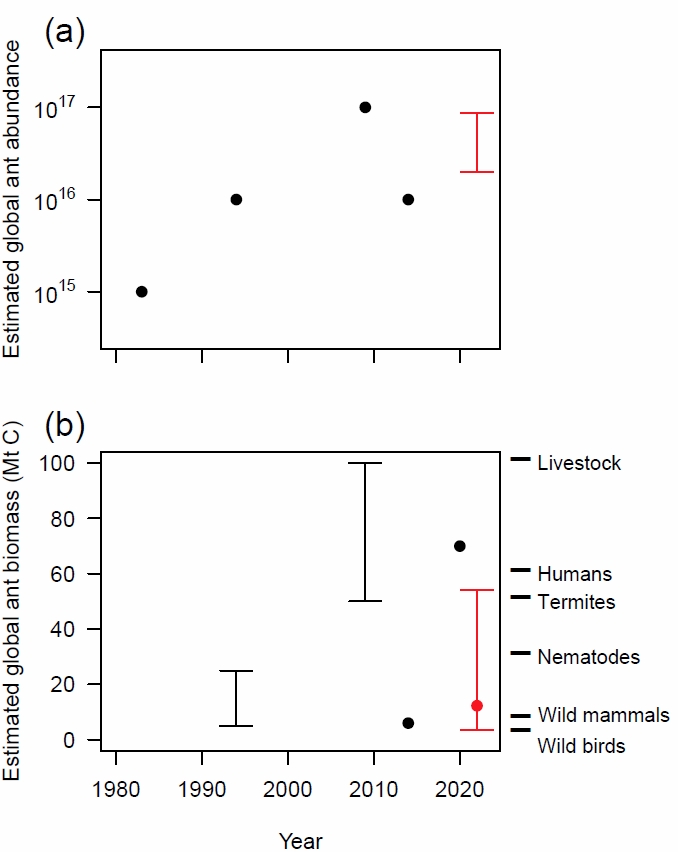 Graph. Changes in estimates of (A) abundance of individuals and (B) weight of dry biomass in megatons of carbon (Mt C) of ants. In red on the right is the most recent range of estimates from Schultheiss et al. (2022). The known or estimated total global biomasses of other groups, including humans, are indicated on the right. Literary sources to create the image are available in the article Fayle T. M., Klimeš P. (2022).

But is it possible that the ant abundance and biomass is greater and Wilson was not mistaken in his rough estimate? Tom Fayle and Petr Klimeš point out that these new estimates do not take into account species living in the soil and ant queens and brood. It is also not clear how the current estimates would change if differences in the weight of individual ants between different species could be taken into account in future calculations, rather than just using an estimate of the weight of the average ant. Ant species vary dramatically in body size and for many species this is true even within a single colony. Similarly, the colonies themselves vary in size, but their numbers are largely unknown. While counting individual ants in leaf-litter has proven feasible, counting nests on a global scale is not yet possible. The total biomass of ants is thus probably even greater. On the other hand, it is likely that current calculations, on the contrary, overestimate the number of ants in some places of the planet, since they concentrated on natural habitats at the expense of rapidly expanding non-native habitats.

We will have to wait for more accurate estimates. However, it is already apparent and somewhat alarming that neither ants (range of all estimates 3.6 – 50 Mt) nor humans (60 Mt) achieve such huge biomass weights as domestic animals (100 Mt carbon). Even so, the weight of ants and humans far exceeds the weight of, for example, all wild birds (Graph). The next step in today's rapidly changing world is thus a deeper understanding of how the abundance and biomass of insects and other organisms differ between natural and altered landscapes. 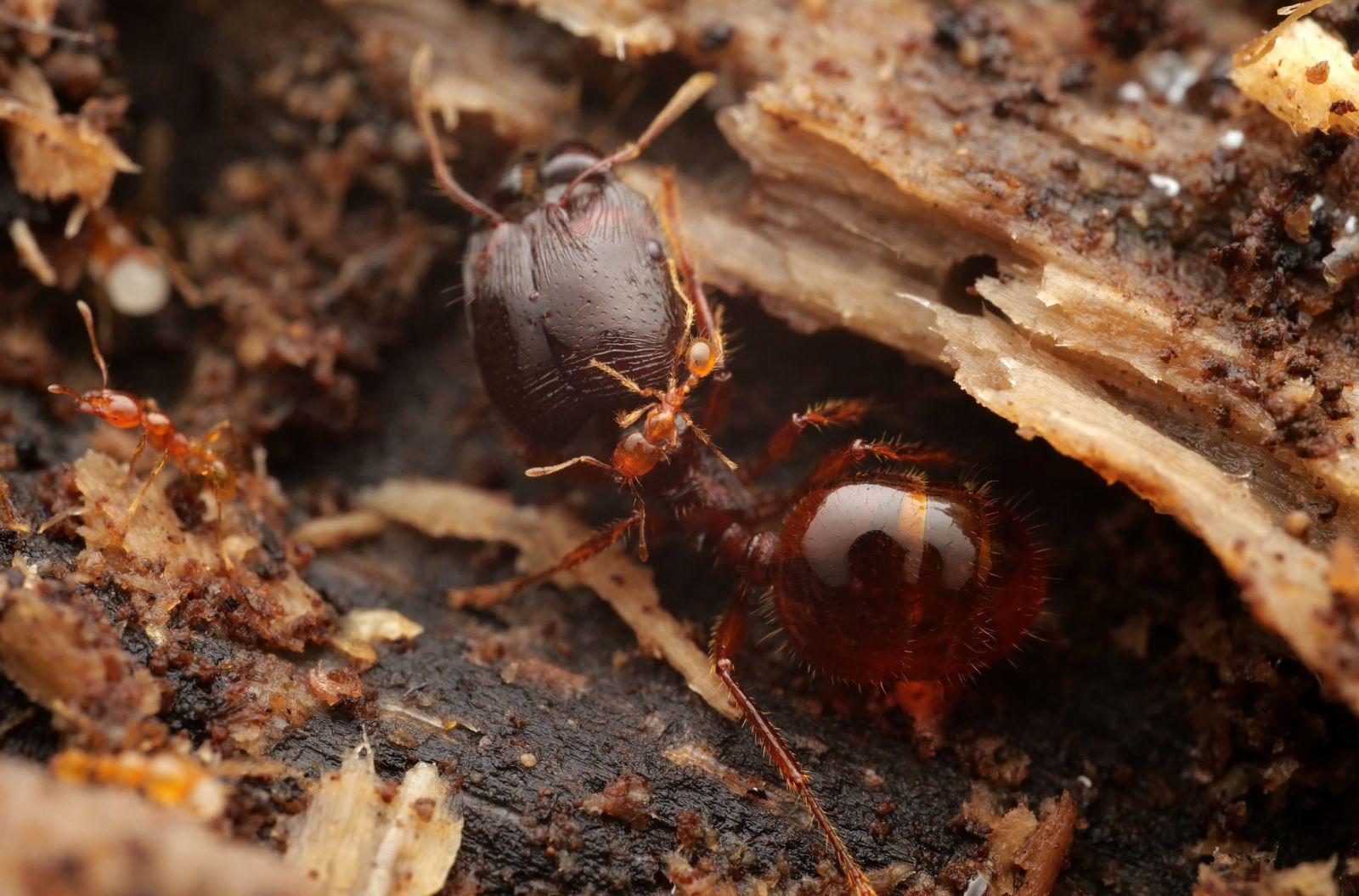 Many species of ants show polymorphism in the body size of workers. An extreme case is in the genus Carebara, where tiny yellow workers and giant dark workers (soldiers) live side by side in the same colony, and differ in their dry weight by approximately five hundred times. Photo of Carebara affinis, Papua New Guinea (by Philipp Otto Hönle). 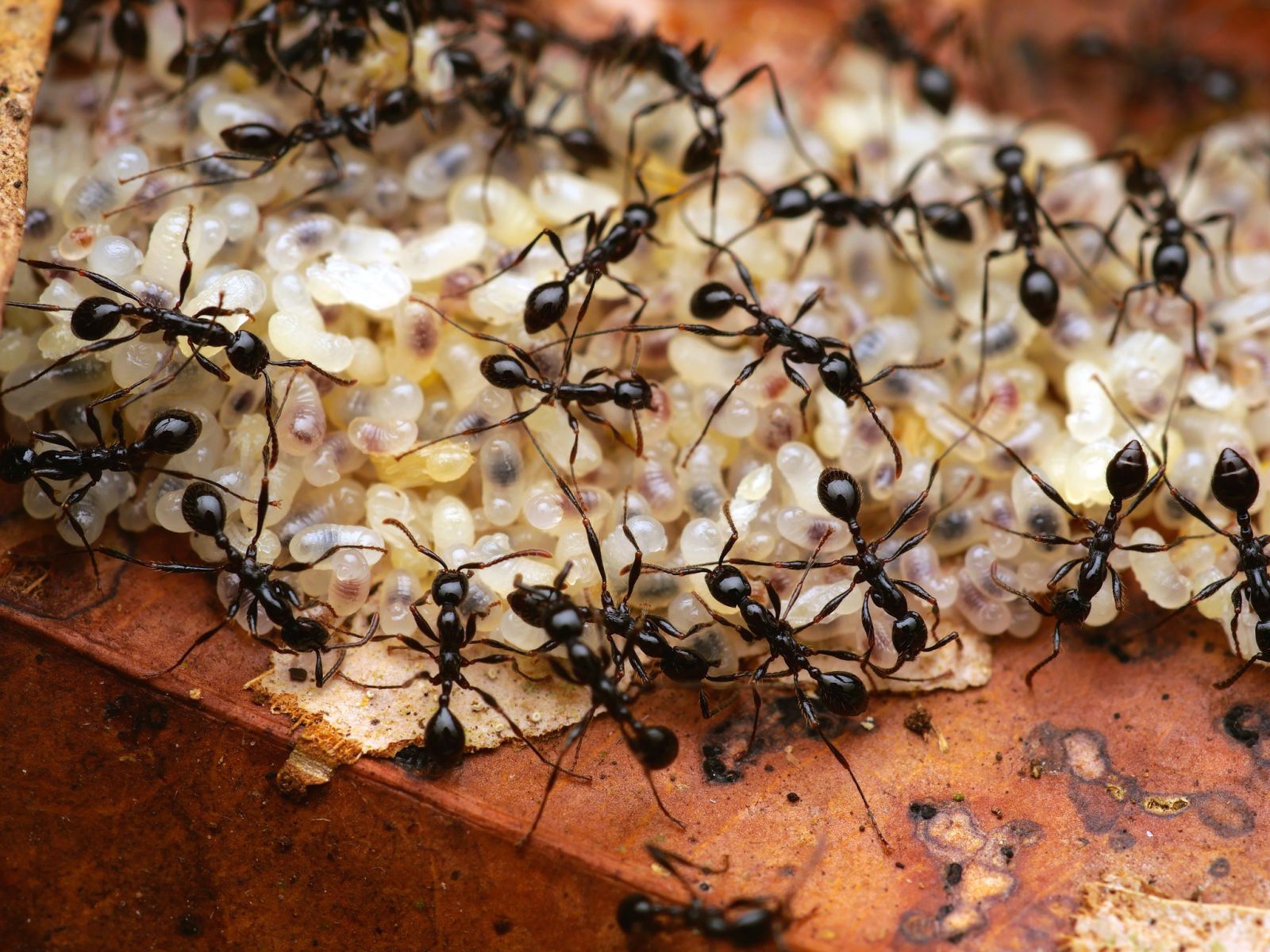 The huge biomass of ants can even support the biomass of other ant species, for example specialized ant hunters. An example of this strategy are army ants of the genus Aenictus that steal brood from other ants and accumulate them to feed their own brood later. Photo from Papua New Guinea (by: Philipp Otto Hönle).

The text of the research article is freely available here: 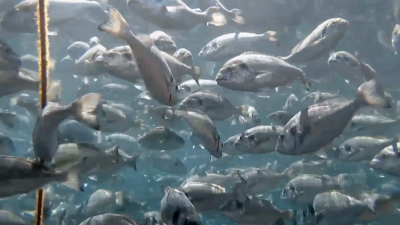 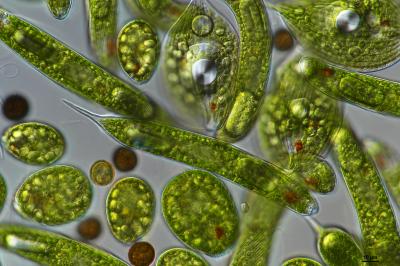 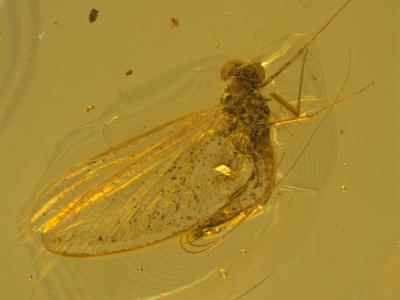