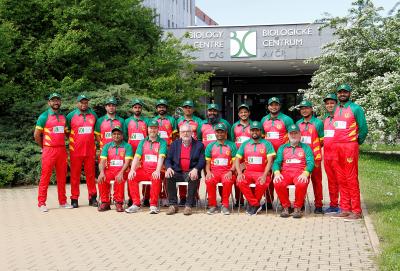 The Biology Centre is supporting the Budejovice Barracudas Cricket Club in the upcoming season. Most of Barracudas´ players are BC employees and university students.

The Budejovice Barracudas Cricket Club are looking forward to this year's Czech national T20 League, which begins on June 5th with a match against Moravian CC in Brno. They will then play five more games in Vinor, Prague.

"Our squad is growing nicely and we now have 24 registered players for the coming season, mostly employees of the Biology Centre or students at the University, so it's an exciting time for us! We thank Libor Grubhoffer and the Biology Centre for their support," said Philip Butterill, chairman of the Barracudas. 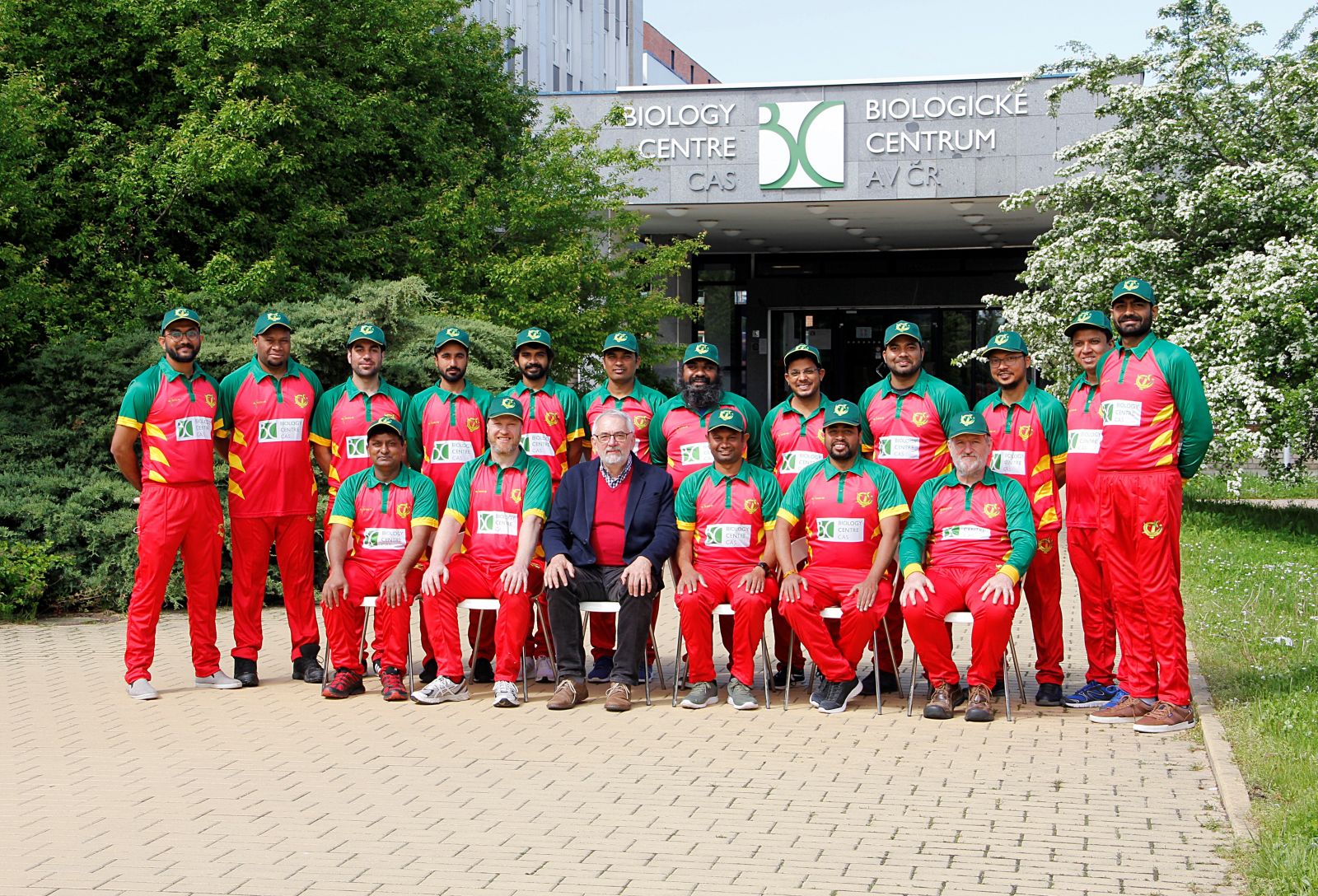 In 2012, they played their first friendly game in Prague, where there were five cricket clubs at the time. In the following years they travelled to Prague, and latterly Brno, frequently for friendly games, and in 2020 they joined the Czech Cricket league (ČMKS - Českomoravský kriketový svaz) for the first time, and played competetive cricket in league 2. They also participated in the first ever Czech T10 Super Series that was broadcasted live on YouTube to a global audience.

Currently, the core of Barracudas team is represented by employees or students of Institute of Entomology, Institute of Parasitology, Institute of Plant Molecular Biology and University of South Bohemia, most of whom are from India, but the team also include players from the UK, Papua New Guinea, Bangladesh and Pakistan. They have also had Czech players and players from Bosch and other organisations outside of BC & JU.

"We continue to improve our professionalism and training on the old hockey pitch at TJ Meteor in order to perform better in the league. We plan to do a recruitment drive to attract new players from all over the region. Ultimately, and the biggest challenge, is to find a piece of land suitable for a cricket ground close to Ceske Budejovice," adds Philip Butterill.