My primary research focus is on the fundamental aspects of co-evolution of microbial and phage populations in aquatic ecosystems. The availability of next-generation sequencing technologies has tremendously improved our understanding of the uncultured diversity in the microscopic world, and as a part of our work we aim to understand the breadth and scale of this diversity, processes related to its maintenance and ultimately the consequences for interactions between the microbial and viral components.

We mainly use the freshwater ecosystems as models for our work. Freshwaters (all rivers, lakes and reservoirs together) comprise less than 1% of the total water on earth, but are nevertheless critical for our survival. Remarkably, the vast majority of microbial inhabitants have remained largely unknown and out of bounds of traditional culture-based approaches. Owing to recent developments in sequencing we are now beginning to put together a picture of the microbial communities in these habitats. This has enormous repercussions for microbiology at large, providing us with the ability to partially bypass culture based methods and directly access genomic information, thereby opening a whole new vista of the enormous genetic diversity of these microbes. We use high-resolution sequencing based analyses of freshwater ecosystems to reconstruct genomes of entire natural microbial populations and relate their genomic adapations and dynamics to their environment.

Prokaryotic populations cannot be isolated from the extensive viral world they live in, which is numerically at least ten times as large. Uncultured viruses (frequently of uncultured bacterial hosts) present their own set of challenges to our understanding of the real viral world. If we have now begun to shed light on the vast uncultured microbial majority, estimated to be 99% at the turn of the century, we have barely even begun to scratch the surface of the viral universe. We also use the metagenomic approach towards understanding viral diversity, evolutionary diversifications in natural viral populations and adaptations that affect interactions with their microbial hosts.

We collaborate with several labs, combining metagenomics, genomics, data from cultures of environmentally relevant strains and the environment gained via e.g. specific FISH probes targeting the major bacterioplankton players, interactions with microbial predators etc to refine our understanding and of the microbial communities in aquatic environments.

Genomes of Abundant and Widespread Viruses from the Deep Ocean 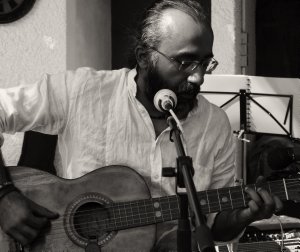