Awards:
2018 – Award from the President of the Czech Science Foundation (GAČR) in Biological & Agricultural Science for the excellent results achieved in the project  "The role of hemoglobin in tick metabolism and transmission of tick-borne pathogens". 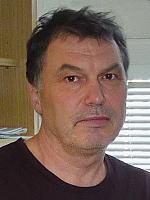